The most important commission of my life...

Maybe for my WHOLE life... 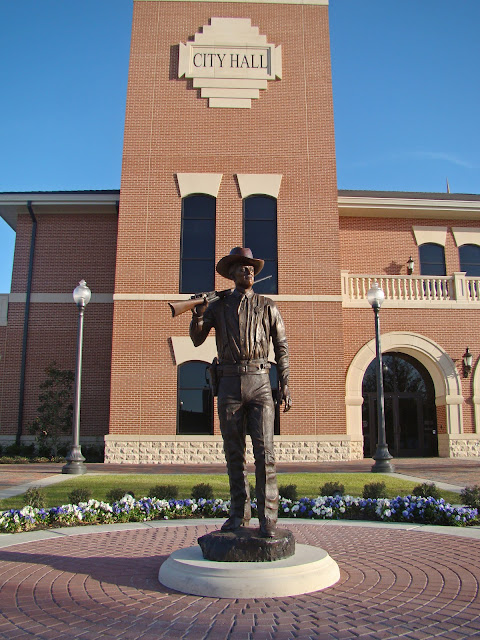 The Frank Hamer monument commission was big in my world... perhaps the biggest deal of my career.  My father knew him, so I grew up with stories about him. I knew a man who even named HIMSELF after this man. He is considered one of the greatest Texas Rangers of all time. He almost single-handedly stopped a decade of racial violence in Navasota, and is credited with "taming the town."  And a commission to sculpt him,  just blocks away from where I sleep every night... And a place I will drive by several times every day... That's importnat. 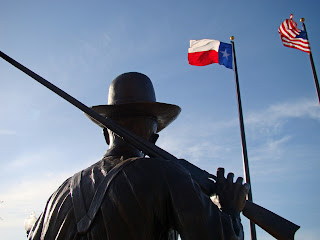 One of my personal heroes, A true Texas hero, standing tall in front of a re-creation, if you will, of the City Hall from which he made history... a new City Hall that I helped to conceive... in my hometown...a landmark for now until...? 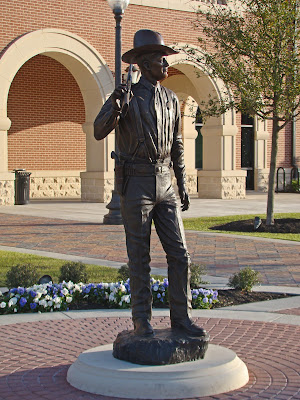 I made him with a great deal in mind... my personal feelings aside, to honor all of our wonderful lawmen... public servants... the men like our gallant firemen, EMT's, regular folks who help and protect us every day. The ordinary people who regularly do extraordinary things. And that was important. The most important. 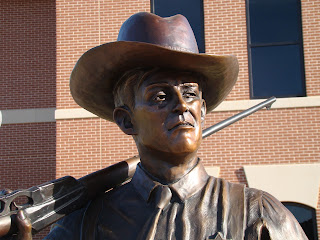 And I was so honored that they seemed as thrilled about the statue as I was. They get it. They understand, maybe better than any of us what the statue can represent. 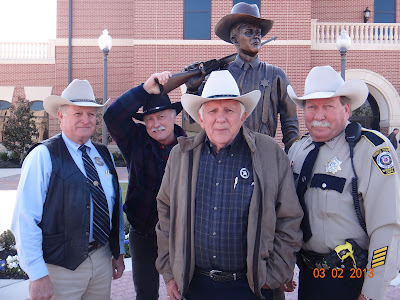 Local lawmen join me in celebrating the Hamer monument.
So by the end of the Dedication... which I blogged about in the Navasota Current,  I was drunk with personal fullfilment...  probably unable to fully appreciate the honor of posing with these wonderful men. Still I lost it and cried when the Navasota Policemen lined up together with the Police Chief to get their photo with the new landmark.
After all, it was for them as much as anyone, and the monument will always be a testimony of our esteem for them and what they do every day.
A short video made by Chuck McCarroll about the dedication...
http://www.youtube.com/watch?v=TuNP9oNQcjw
Posted by Russell Cushman at 11:55 AM